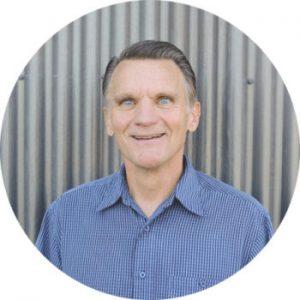 This past Sunday as I taught on “Keeping Christ in Christmas” in our celebrating, I shared some of the historical background of our modern day American Santa Claus.  Several have asked if I would put in writing the things I shared.  So today, let me tell you about the patron saint of children: St Nicholas, who was the Bishop of Myra.

First of all this Godly man was born into much wealth but had a heart to be generous to the poor and a special protector of the innocent.  He lived in modern day turkey in the 3rd century and was an active leader in the church.  In fact, what many people don’t know is he was an active part of the Council of Nicea in 325 and defended the divinity of Christ.  It was from this council that much of our Christology comes including our statement of faith known as the Nicean Creed.

His love for children was incredibly real and displayed in a tangible way.  One time upon hearing of a local man who had no dowry for his daughters, he went by night and threw three bags of gold into the house, saving these girls from a life of prostitution.  His actions were emulated by others and gifts began to be distributed to children in honor of St. Nicholas.   Many children couldn’t pronounce his name and it was shortened to “Sint Klus” and later became Santa Claus by the Dutch.

Our modern Santa isn’t the problem this time of year.  We need to teach our children about the true St. Nicholas and allow his spirit of giving, generosity and love for Jesus alive.  Santa, in our culture, represents this great Christian Saint while in other parts of the world the Feast of St Nicholas himself is celebrated on Dec. 6th of every year.   In fact, on member of our church emailed me and told me my message had caused him to reminisce from his childhood in Holland where St. Nicholas would ride his white horse in the “Sinterklaas” parade through town and his helpers would throw candy to the children along the parade route.

This is a wonderful time of year and I encourage you not to engage in the so called “cultural wars” but remember the best way to keep Christ in Christmas is to keep Christ in the center of your life and in your celebration this Holiday Season.